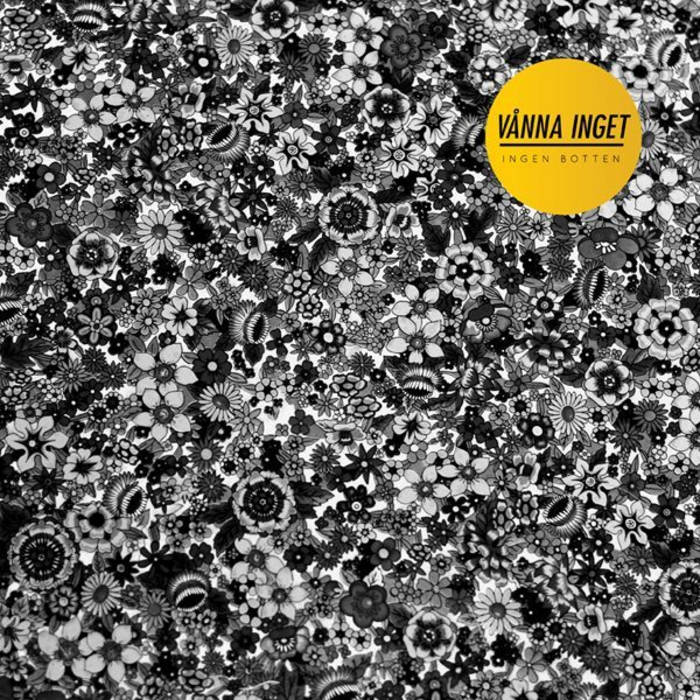 Yep! The new masterpiece from Swedens melancholy pop wave hit machine will be out in autumn! Stay tuned for this amazing LP!! They have started with the recording process. VÅNNA INGET are working with the producer Jari Haapalainen (MONEYBROTHER, THE INTERNATIONAL NOISE CONSPIRACY etc.) in legendary "Varispeed Studios" www.varispeedstudios.com. THE HIVES recorded most of their records at "Varispeed Studios" also! The Band recorded everything in the best, the old school way... drums, guitars, organ, bass and vocals live straight down on 2" 16 ch tape. It's gonna be a lot of live show feeling on the record. In 2011, VÅNNA INGET released their debut album "Allvar". Although rapidly written and recorded, the chemistry is extraordinary and leaves one wondering if they had been working on it for years. "Allvar" was an unexpected success and VÅNNA INGET became a name associated with great expectations. Two years on, Vånna Inget has played over a hundred gigs spanning Sweden, Europe and the USA. They have a steadily growing fan base and it certainly showed in May 2013 when the band played a triumphant concert to a large audience at Debaser Medis in Stockholm. A gig that was proof of how music can grow organically, by itself, once it has taken root in the heart of its people.

VÅNNA INGETS music speaks volumes. It was clear from the opening track of "Allvar" and even more so with the bands second album. Produced by Jari Haapalainen (THE BEAR QUARTET, KAJSA GRYTT, INTERNATIONAL NOISE CONSPIRACY, ELDKVARN...) in legendary "Varispeed Studios" where THE HIVES recorded most of their records also! The Band recorded everything in the best, the old school way... drums, guitars, organ, bass and vocals live straight down on 2" 16 ch tape.

Where "Allvar" found power in its urgent and relentless delivery, "Ingen Botten" is a more nuanced affair. Sharp guitar riffs and shimmering organ melodies are woven together with an attentive and dynamic rhythm section. The band has also taken down the tempo in places and left room to move within the arrangements. But above all, there is a refined approach that goes beyond merely changing for the sake of change. VÅNNA INGET knows where they stand and nurture their songs to a maturity that makes them unique in a meeting between raw, punkish nerve and melodic sensibility. They possess the ability to turn claustrophobic themes of confinement and desperation into something that feels uplifting and liberating.

Above all, Karolina Engdahl's vocals have grown to reach even higher levels of poignant intensity. She sings with a powerful, yet brittle, force. "Ingen Botten" fulfils the high expectations surrounding Vånna Inget during the two years since their debut. An album that broadens their scope and works its way deeper into the essence of what VÅNNA INGET truly is.

ETT is a independent underground music label dedicated to bringing you vinyl releases of your favorite punk, hardcore, powerpop and rock’n'roll bands.

Bandcamp Daily  your guide to the world of Bandcamp